Home
Houses
Samos
Agios Konstandinos
walkingen
Efese
books
language
Traffic
Surroundings
walking
Booking
Wellness
prices
email
Links
imprint
privacy policy
Efese
Samos lies only at a stone's throw distance away from Turkey, near Kusadasi and Selçuk. In the proximity of these places lie the ruins of the old Efesus, known among other things by the letters the Apostel Paulus to the Christians of this city. In antiquity Efesus was a metropolis with approximately 200,000 inhabitants. The city remained rather well preserved; because the port got silted with sand, the city lost its significance as a commercial centre. The people moved away and an earthquake did the rest. Archeologists of the University of Vienna restore now in a very conscious way stone for stone this magnificent city. One can stroll around for hours, charmed by the timeless beauty. Excursions are organized on a daily bases from Agios Konstandinos to Efeses. 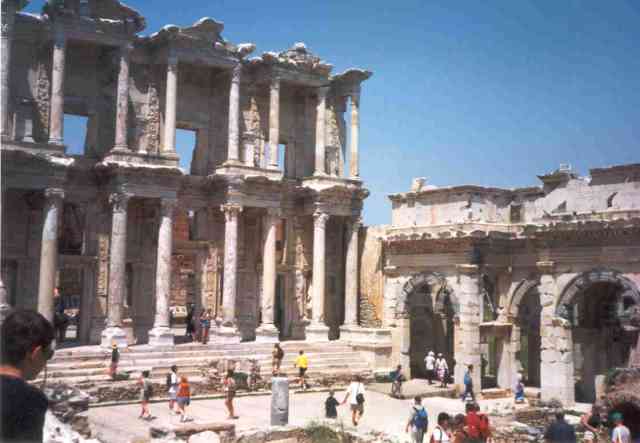 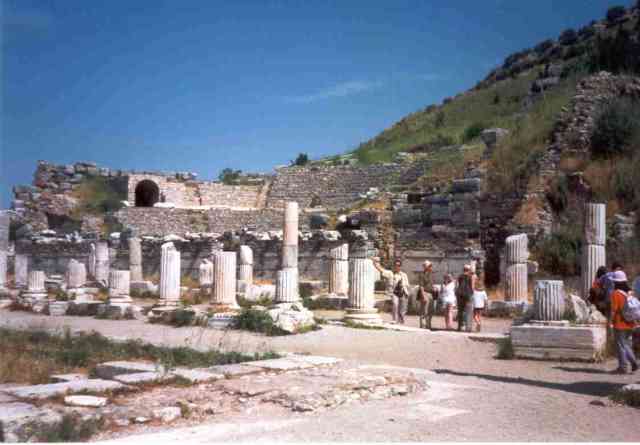 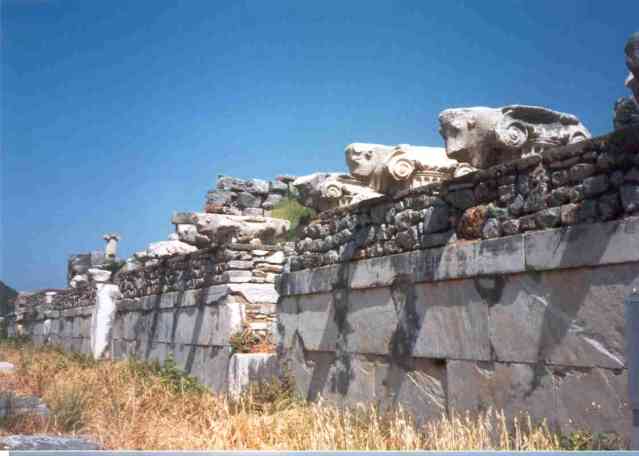