Home
Houses
Samos
Agios Konstandinos
walkingen
Efese
books
language
Traffic
Surroundings
walking
Booking
Wellness
prices
email
Links
imprint
privacy policy
General information:
Samos' neighbours Asia Minor and is separated from Turkey only by the narrow Straits of Mykali. From the north coast of the island you can see Turkey everywhere. Samos is one of the larger Greek islands. The surface mounts up to 474 km2, with a length of 45 and a width of 20 km. The island is mountainous: there are two large mountain-chains, the Kérkis (1437 M.) and the Ambélos (1150 M.). From the Ambelos you have a good view of Agios Konstandinos and its surroundings. Unlike most of the other Greek islands which are quite barren and rocky, Samos has many forests. Only where there have been large bushfires, like in the vicinity of the city of Samos, Vathi or Marathokambos, it can look rather desolate and deserted. The north coast of Samos in particular, however, has a profuse growth of all sorts of beautiful trees and vineyards. There are plains between the two mountains near Karlóvasi and in the south near Chóra, where also the airport is located. Here you find lemon- and olive trees, dispersed with vineyards. 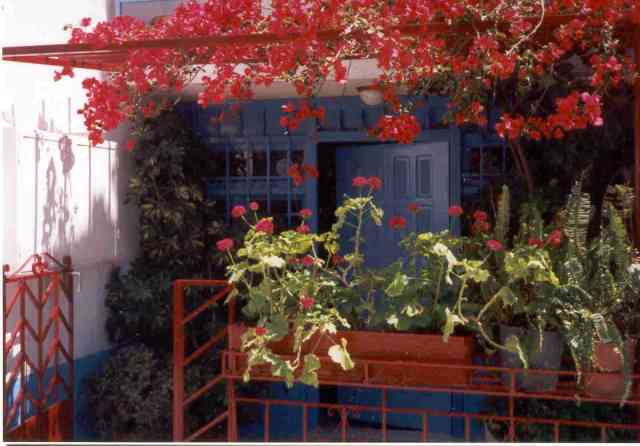 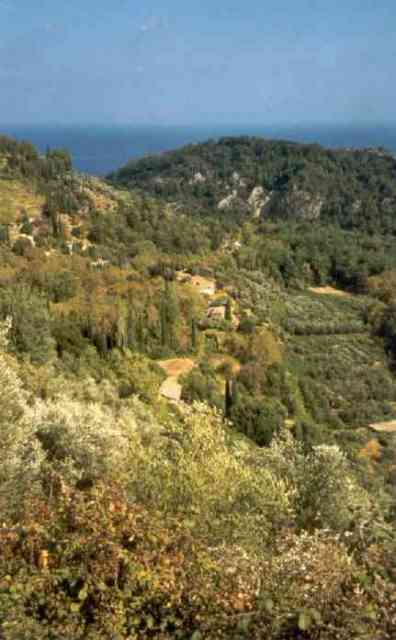 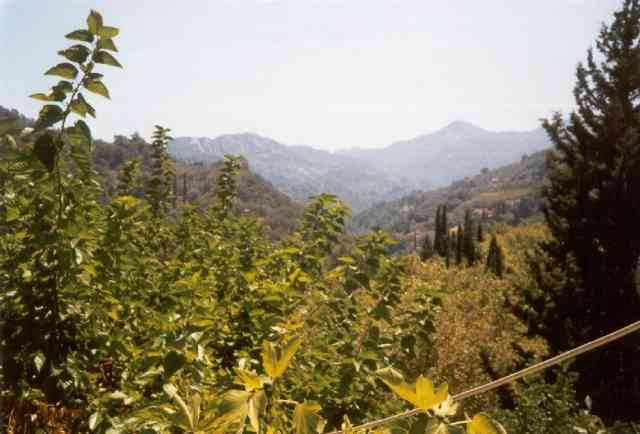 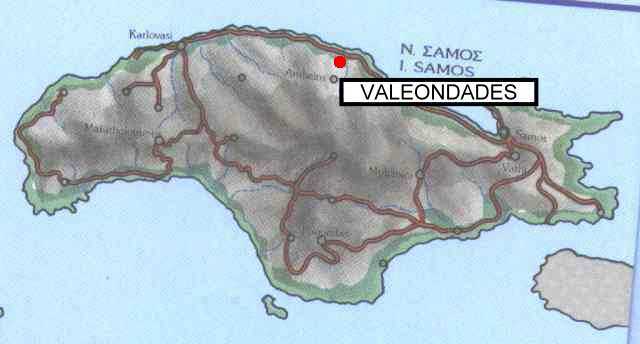 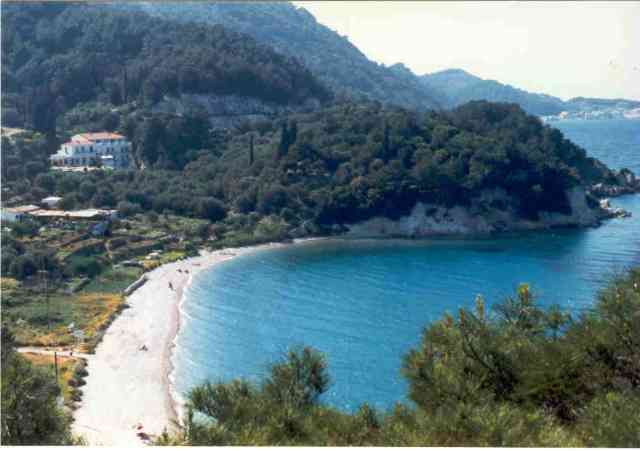 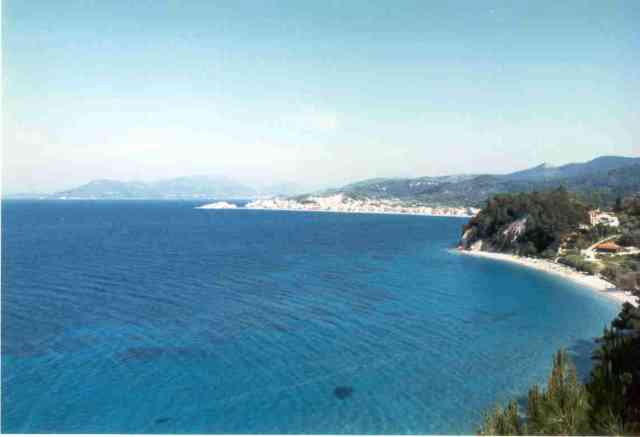 Beaches
Samos has beaches in abundance. Usually in sheltered bays, where the wash of the waves is broken and the water warms up quickly in springtime. The beaches on the north coast are without exception stoney beaches; on the south coast you 'll find some magnificent sandy beaches (near Votsalákia and Psilí Ámmos). To the east of Agios Konstandínos there are three magnificent stoney beaches, Tsamboú, Tsamadoú and Lemonákia. It is possible to rent beach-chairs there, but in early springtime one can use them mostly free of charge. To the west of Karlóvasi you 'll find three beautiful stoney beaches: Potámi, Mikró Seitáni and Megálo Seitáni. The last two can only be reached on foot or by boat. By car it takes three quarters of an hour to get to the other side of the island - to Votsalákia where there are some beautiful beaches. There on the south-side of the island, there are also not so many clouds hanging around the mountain peaks of Ambelos or Kerkis. There is no doubt that stoney beaches have pros and cons: no sand to stick to your body, hair and towels. On the other hand, sand is easier to walk on . However a pair of plastic shoes can really help with that. In spring the sea can still be very chilly but once you've mustered up some courage it can make you feel wonderful!

this is a service of Valeondades-Houses