Home
Houses
Samos
Agios Konstandinos
walkingen
Efese
books
language
Traffic
Surroundings
walking
Booking
Wellness
prices
email
Links
imprint
privacy policy
AGIO KONSTANTINOS:
Agio Konstantínos means literally Holy Konstantine. The village is named after a centuries old church, which is dedicated to this Saint. It was a sleepy village of farmers and fishermen, but because of the tourism it woke up. Hotels and pensions were built, but you won't find tall apartment-complexes like in Spain. The village still breathes a quiet atmosphere, but has in the meantime all advantages, which a tourist wishes himself: two supermarkets, an outstanding bakery, six restaurants and a travel agency. The village, which grew together with Agios Konstantínos, is called Platanákia, which refers to the presence of centuries old plane trees.

Furthermore one finds chesnut trees, carob trees, pine trees and many cypresses. The Judas tree shows lila blossom in springtime on its bare branches and in June one can admire the first pink blossoms of the oleander, that border the road from Platanakia to Valeondades. Also the nightingale lets its be heard from the first week of May onwards and also with some luck you can see a swarm of multicoloured bee-eaters. Fairly rarely one can spot a group of dolphins near the coast. The area around Agios Konstandinos is well-known for its good quality of muscatel, which is said by connoisseurs to be the best of the whole island. Also the water in Agios Konstandinos is said to be the most tasty of the whole island: on the main road from Karlóvasi to Samos-town there is a tap, where many people fill water in bottles, in order to take it home. 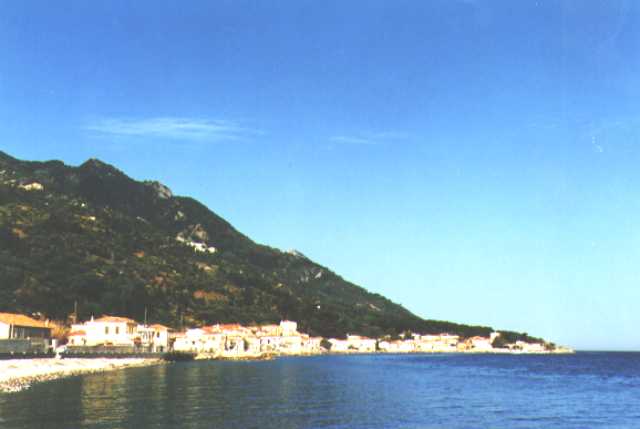 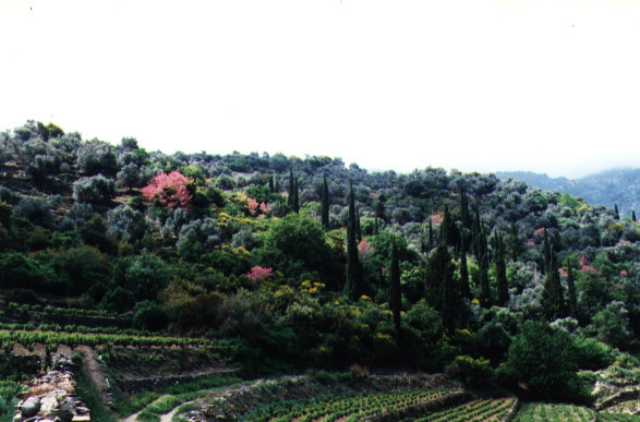 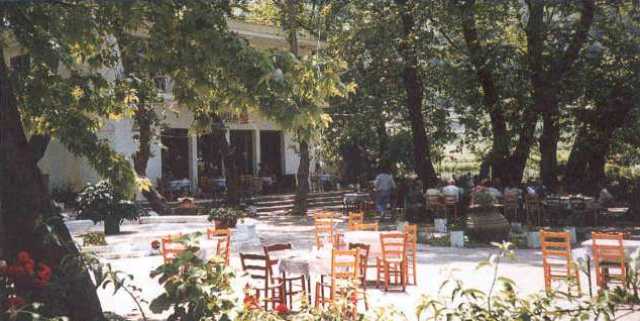