Home
Houses
Samos
Agios Konstandinos
walkingen
Efese
books
language
Traffic
Surroundings
walking
Booking
Wellness
prices
email
Links
imprint
privacy policy
Walks:
The surroundings of Agios Konstandínos are a Mecca for wanderers. Swiss wander-groups discovered this some time ago and restored the old walking paths and marked them with red dots. Now there are so many trails in this area, that one must be careful not to switch trails and end up in a wrong place. On the other hand this offers also the possibility to reach your destination by many ways. For instance there are three equally attractive paths between Valeondades and Monalátes (a mountain-village on 300 m. height). There are also several paths from Valeondades to Vourliótes and from there to the beaches of Tsabou or Lemonákia, or to the mountain-villages of Manolátes, Stavrinídes and Ambélos. The walks are not strenuous, take approximately three hours, interrupted by a visit to the pictoresque mountain-villages and at the end of each walk lures a bath in the sea. The walks begin in the Nightingale Valley, where the Kakórema - which means bad river - flows through. It carries this name, because it causes great damage to the houses and people in times of violent rainfalls. Across old monopátia (foot paths) and kalderími (plaster ways) the paths lead through thick foliage, with sometimes magnificent views over the northern part of the island and on the Turkish coast. The mountain-villages have kept their originality to a large extent and are less influenced by tourism. Except perhaps for Manolates, where recently some souvenir shops opened their doors. 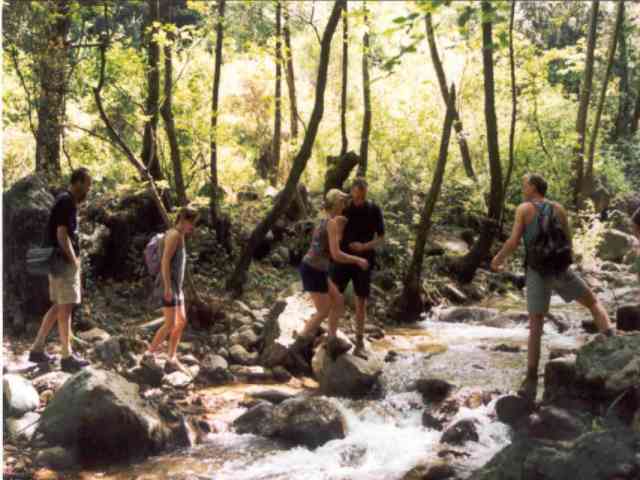 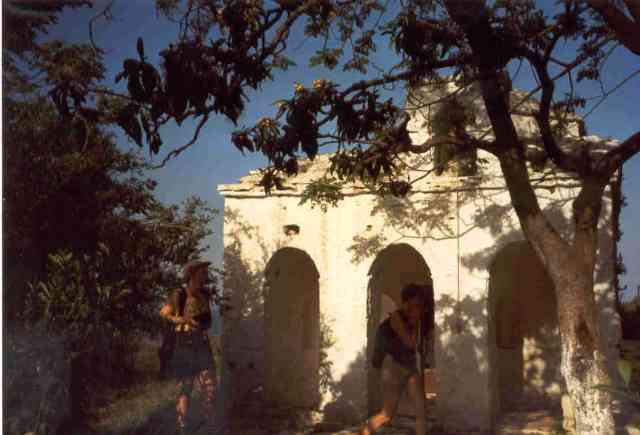